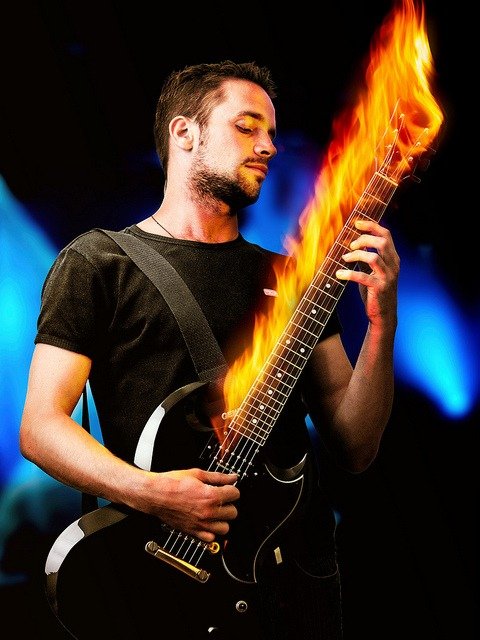 Attracted by the picture, name, wedding reviews, or very competitive price, we click on the musician’s profile. It’s like we were strolling through the mall and we decided to check out a store’s wares.

We immediately see some pictures, usually a slideshow. It helps to see the player in real weddings and events. They don’t usually look as pretty as a staged shot, but it “proves” that he or she actually is a professional musician. You can get some clues about your potential music provider here. If her pictures show her performing someplace like this:

Then you might feel more comfortable hiring her for an upscale wedding. If the pictures are more like this:

You might want to ask for more documentation and referrals.

Yay, reviews! This is a biggie.

The default is chronological, so the review that pops up first is the most recent one.

We do have an option to “Highlight Review,” but that costs more!

The two main things with reviews are how many and how many stars?

How Many Ya Got?

Basically, string quartets are a traditional choice and they get a lot of calls. A lot of calls means lots of experience. They also play a common repertoire and the various members of the groups most likely sub in and out based on availability. You expect them to have lots of reviews. Go to other cities and you’ll see the same thing.

Why are all the reviews five stars?

Getting married is kind of a big deal. Afterwards, couples have more important things to do than write reviews on a website–like go on a honeymoon, get back to work, try to figure out how to pay off the wedding… so not too many of them rush out and review their musicians, cake-bakers, florists, limo drivers, venues, invitation-printers, tux-rental-stores, etc.

Letting the world know exactly how their harpist did is just not on the agenda.

What’s more, WeddingWire makes them sign up and jump through some hoops before they leave the reviews. So there’s a non-zero amount of pain and effort involved.

Under such circumstances, there are three reasons to write a review.

It makes me proud to report that no one in Scottsdale HATED their musician enough to out them on WeddingWire. We have a pretty good crew here, apparently!

So as far as the rest of the reviews, they’re made up of couples that loved the service enough to take the time out of their busy lives to register and write some nice words. People who do that are going to leave five stars.

So, lots of five star reviews are good. It means the musician’s played lots of weddings, their clients were happy, and–most likely–that the musician is proactive enough to ask their couples to review them (sometimes more than once). It’s hard, because you don’t want to be a pest. And what about The Knot review? Google reviews? Yelp? Asking them to review more than once is out of the question…

I probably get a review once out of every four weddings, but not always on WeddingWire.

Which reminds me… just because someone has only a handful of reviews on WeddingWire, doesn’t mean they’re a newbie. They may have a ton of reviews on GigMasters, or TheKnot, or Yelp.

If you really like them, you’ll of course Google them and find out their other hidden secrets on these sites.

Read the Reviews for Clues

Don’t just go by the numbers! Read the text and you can get insight into how the musician operates and the nature of his service.

That’s all for now. Please leave a comment if there’s something else you want to know about, or feel free to contact me directly. Go here for part three.