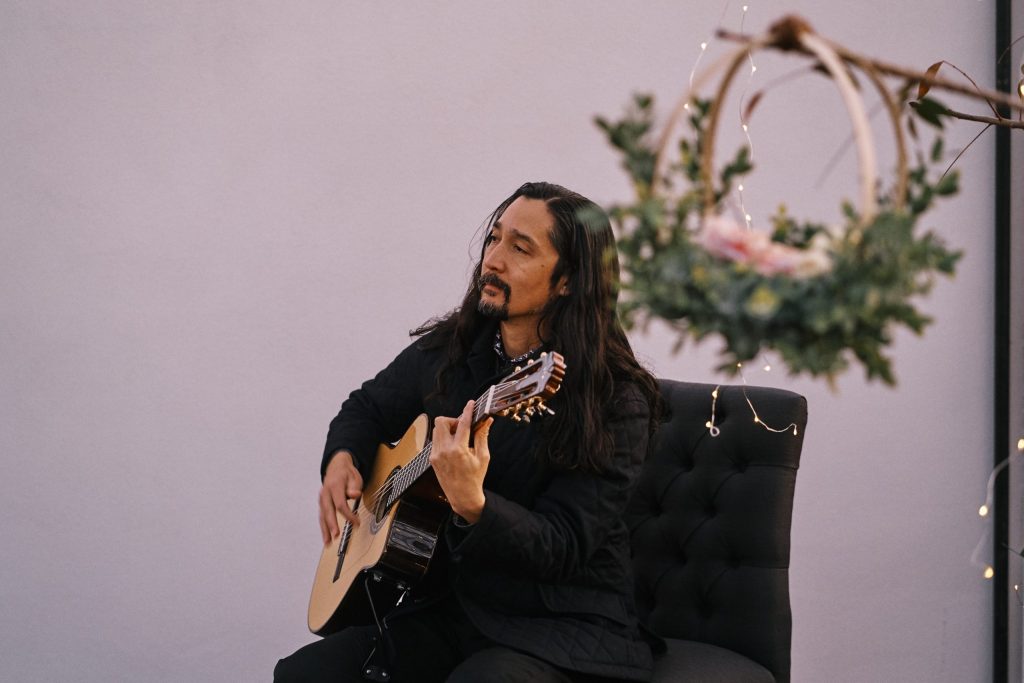 It’s been a busy season. It rained yesterday and last night, which was bad for the bride and groom whose cocktail hour I performed for. The Royal Palms and our wedding planner, Sam from Revel, fixed up a banquet hall to look quite magical, though. It’s been a rainy year so far, and the mountains are greener than usual.

The night before, I played for a rehearsal at the Tortilla Factory, for a lovely couple from Texas. They knew we were going to be in for weather, but there was a good vibe in the air even though the chances were the rain would affect their wedding, too. That’s the best thing about playing for people getting married–there’s such a positive energy from the union of two families. I always enjoy being part of it.

I spent the evening before that at the Wigwam, which is a historic property on the West side of town. It wasn’t too long ago that it was remote and surrounded by fields, but the suburbs have surrounded it now. It’s still a marvelous place with a great staff.

Today is Sunday, and I have the day off to attend to family stuff. Tomorrow, I’ll be at the Biltmore, and the next two days, the Phoenician. I play in the lounge at the Omni Montelucia several times a month. And so it goes during the season.

I don’t want to give the impression that I’m always this busy. Sometimes, I won’t get a call for a week–sometimes, I’ll get multiple calls for the same day. It’s unpredictable, which is nice.

Updating the website is pretty far after playing my gigs, practicing, learning new songs for my repertoire, and spending time with the family and such. But it did occur to me that I should write something… or else people might think I’ve disappeared off the face of the map! Taken a boat to New Zealand. Hand-carried my guitars to Antarctica. Abandoned the desert for Saskatchewan.

But no… I’m just traveling from place to place–mostly around Phoenix, Scottsdale, Tempe, playing my music. Thanks for stopping by, and do drop a comment or a message if you have anything to say. Bye, now.